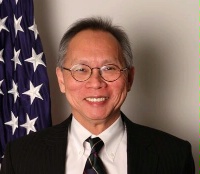 Robert S. Wang, formerly the No. 2 U.S. diplomat in Beijing and now the senior U.S. official for the Asia-Pacific Economic Cooperation (APEC), told reporters in Washington Wednesday that U.S. President Barack Obama would remain in Beijing for a one-day summit with Chinese President Xi Jinping on November 12, following the APEC Leaders Summit to be held earlier in the week.

Headline writers have already called the meeting “Sunnylands II” and “Sunnylands 2.0.” But what Wang actually said left open the possibility of a more run-of-the-mill bilateral meeting.

Asked by a reporter whether the meeting would adopt the informal style of the June 7–8, 2013, meetings between the two presidents at the the Sunnylands estate in California, Wang did not provide a direct answer:

MR. WANG: Yeah, as I mentioned at the very beginning, after the leaders meeting is finished, the 10th and 11th, President Obama will stay behind in Beijing on the 12th, and so that’s where the bilateral meetings will be held between China and the United States. Some of the questions you’ve asked actually are probably best answered by the Chinese. We don’t know exactly what the Chinese have planned for the 12th in terms of how they want to do the bilateral at this stage, so I think that’s still in the process of discussion.

But obviously, I’ve heard a lot of comments about how effective it is to actually have smaller meetings where you can actually talk about issues in a more personal way, and I think knowing President Obama’s style and, of course, from the U.S. point of view, we did Sunnyland[s], and so we think that that’s an effective way of doing things. But – and of course, the Chinese seem to be receptive to that, but exactly what they have planned, we don’t really know at this stage whether it’ll be Beijing, whether it’ll be outside somewhere else. But that’s something I think that the Chinese are discussing with us, but not yet decided, I believe.

Media reports that the November 12 meeting will be “informal” and similar to Sunnylands hinge on the phrase in italics above, which strikes me as pretty weak. Also note that Wang says both “President Obama will stay behind in Beijing on the 12th, and so that’s where the bilateral meetings will be held,” and “we don’t really know at this stage whether it’ll be Beijing, whether it’ll be outside somewhere else.” The meetings will occur in Beijing, but we don’t really know whether it might be somewhere else.

In all likelihood, both governments would like to signal continuity with last June’s effort, which produced considerable optimism about the two governments’ ability to work on both areas of disagreement and common challenges. The U.S. and international media narrative on Obama in East Asia, however, took a hit when he skipped a trip to last year’s APEC summit to attend to the U.S. government shutdown. As I argued at the time, “what hurts the United States is not a few cancelled meetings, but dysfunction in the U.S. political system that distracts from long-term foreign policy goals.” If Obama followed-up with real personal attention despite the constant supply of international fires that need fighting, I argued, little would be lost.

Since Sunnylands, the sense that the U.S. government has been neglecting its East Asia policy and especially constructive relations with China has nonetheless been hard to escape. The Chinese government, of course, is not without blame. When Vice President Joe Biden traveled to China in December, it seemed his visit might continue the spirit of Sunnylands; but the Chinese government announced its East China Sea air defense identification zone (ADIZ), surprising the U.S. side and souring the atmosphere for Biden’s visit.

So will November’s Obama–Xi meeting be informal? Will the delegations shed their ties? Will they leave Beijing’s formal reception halls for a countryside retreat (in the south, if they want to stroll outside)?  Or will the meeting take a different course? Despite today’s headlines, we’ll have to wait and see.

Jeffrey Bader, a former senior director for East Asia at the U.S. National Security Council during the Obama administration and a key Obama advisor, spoke at Beijing’s Tsinghua University Tuesday, almost a year after he appeared the last time. While a lot of what he said was not especially new if you follow Bader, he closed his speech with a fairly sharp line on the U.S. news media’s handling of Barack Obama’s decision to cancel a trip to to Southeast Asia because of the domestic political crisis in the United States.

Specifically, Bader took issue with the tired frame that assumes a U.S. absence is a victory for China:

We all read a steady drumbeat of articles and media of both sides focusing on U.S.–China rivalry. They are not wrong, but they are seriously unbalanced and, I believe, frankly represent lazy journalism. Nevertheless, perceptions affect reality. If, for example, western analysts interpret Obama’s failure to attend APEC and the East Asia Summit as a victory for China—and I read many articles describing these events as “Xi wins, Obama loses,” as if it were a football game—then I can understand why Chinese analysts respond by imposing a similar zero-sum framework of analysis on U.S. and Chinese behavior.

I hope sophisticated Chinese and Americans will transcend this kind of interpretation. In fact, not everything, indeed not most things that the U.S. and China do are aimed at the other. We each have substantial interests and relations including with other countries in Asia without regard to any rivalry for influence.

This analyst agrees with the former White House advisor.

A few other notes:

In my latest piece for China-US Focus, I look at the impact of Obama’s decision to cancel planned travel to Asia and suggest that he can make up for missed opportunities.

As the financial crisis gripped the United States in September 2008, Senator John McCain “suspended” his campaign for president to return to Washington and attend to Senate business. His opponent, Senator Barack Obama, refused to follow suit, saying “I think that it is going to be part of the president’s job to deal with more than one thing at once.”

President Obama’s cancellation of his trip to Asia this week indicates that the government shutdown and the possibility of a default on U.S. government debt in the coming days have, in a sense, “suspended” U.S. foreign policy. Canceling this trip does matter, but it does not nullify broader U.S. policy on Asia, including the rebalance to the Asia Pacific. Instead, the cancellation is an unwelcome reinforcement of the perception that the Obama administration is neglecting its Asia policy.

Most journalists and commentators have argued that Obama’s cancellation is either disastrous for U.S. Asia policy or not a big deal. The truth, as usual, is somewhere in between. In the following four points, I argue that: the cancellation was unfortunate but not a disaster; the shutdown might be a disaster; and there are still good options for the Obama administration and U.S. relations with Asia and China.

I don’t think many informed commentators really thought the calls of Nakasone and others would lead to a nuclear Japan any time soon, but it’s notable that Prime Minister Abe Shinzo pledged to Chinese President Hu Jintao at the APEC summit in Hanoi, Vietnam, that Japan would remain a non-nuclear state. Indeed, if a Japanese government decided to develop a nuclear capability, it would be soon in coming. But because the Japanese public still opposes a nuclear military—and, perhaps more significantly, Japan has no immediate need for a non-U.S. deterrent—Japan has little motivation to apply its nuclear savvy to weaponry.

According to Reuters: “Our country is the only one in the world to have suffered a nuclear attack,” Abe said. “We have to take the lead in persuading the world to give up nuclear weapons.”

Which implies the reduction of U.S. and Russian arsenals and a commitment to nonproliferation in general. We’ll see what this rhetoric amounts to.

Huang Xinyuan says Sino-Japanese relations have recovered. That’s after Prime Minister Abe Shinzo‘s second meeting with President Hu Jintao this weekend at the APEC summit in Hanoi, and after five years of stilted relations during Koizumi Junichiro’s leadership in Japan.

“Since Prime Minister Abe’s visit to China,” Huang Xingyuan, Councilor with China’s Foreign Ministry, said today in Hanoi, “China-Japan relations have improved dramatically and are now back on track.”

Japan has urged China to stop exploration in the area until the two energy-hungry nations can set up a system for joint use of the reserves.

Japan earlier this month filed a protest with Beijing about Chinese activity in the area after detecting flames from an apparent burn-off of oil or gas — a possible sign that China was advancing its development of the disputed reserves.

The contentious issue of the Yasukuni Shrine was not discussed among the two leaders today, a Japanese government official told reporters on the condition he not be named.