The China Story website from Australian National University has a wonderful interview with Mark C. Elliott,* a professor at Harvard University and an authority on the role of Manchu and other ethnic ideas in Chinese history. The full interview is very much worth the read. In dialogue with Elisa Nesossi, Elliott offers perspectives on the continuities of “China” across several thousand years, on competing definitions and understandings of the “Han,” and on the situation of China history scholars in the United States, the People’s Republic, and elsewhere. 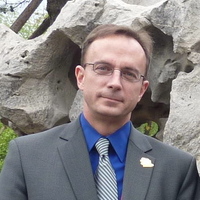 In the interview, Elliott takes up China’s place in the world and challenges any vision of Chinese exceptionalism (or any exceptionalism). This passage follows a good discussion of the various views of 中华民族 zhonghua minzu, variously translated as the “Chinese nation,” “Chinese ethnicity,” etc. (This is also the term used in Xi Jinping’s new language on the “great renewal of the Chinese nation.”)

What caught my eye for whatever reason is Elliott’s challenge to visions of recent Chinese history founded on isolation or apartness from the rest of the world. I follow the quotation below with some comments on what this means for understanding China and U.S.–China relations.

The idea of China being isolated is also still quite strong, a discourse that is still there as part of the story that people tell themselves – and that the textbooks tell – about history during the Qing, in particular. It is a little bit more complicated, and I think its complexity is recognized by Chinese historians more generally, because of a competing story, a competing discourse, of openness to the world during the Tang. You have the widespread, popular idea of the Silk Road, and of the fact that Chinese culture and cultures of Western Asia mixed in all kinds of ways in Tang Chang’an 長安 and in other places along the Silk Road.

So that China’s isolation is not seen as being eternal, but there is a disconnect, then, between that openness in the Tang and that ‘closing’ of the empire, say, after the Tang – which wasn’t opened again, according to this way of seeing things, until the arrival of the West in the nineteenth century. The fact that half of the silver in the New World ends up in China, coming through Manila from mines in South America and Mexico, is one of a number of powerful arguments to show how connected China really was with the rest of the world. That such a significant proportion of the wealth of the English crown came from the tax on tea, which could only come from China in the eighteenth century, is another – and there are more.

The so-called ‘California School’ of Chinese history, which, like the New Qing History, has received a fair amount of attention in China – people like Bin Wong, Kenneth Pomeranz, Hamashita Takeshi and Jack Goldstone – have argued for China as being very much a part of the world system of trade, from at least the fifteenth and sixteenth centuries. I think that this is beginning to win over some people, and maybe with time the notion of China’s ‘isolation’ from the rest of the world will begin to fade, too. I see both of these as troublesome because they contribute to a belief in Chinese exceptionalism, that China is somehow different from everywhere else and that its history can’t be understood using models derived by the experience of other people in other places, ever, and that for that reason, whatever criticism anybody might have about China, or whatever argument that they might want to make about China’s past, doesn’t apply, because China is ‘different’.

I come from the United States, and there are a lot of people who like to argue the very same thing for the US! And of course, German historians have long made this kind of an argument, since the nineteenth century, that Germany follows a Sonderweg, its own ‘special path’. I don’t buy exceptionalism in any form, I certainly don’t believe it helps us very much when it comes to understanding the Chinese past. Any sort of habit of thinking that tends towards exceptionalism is one that I would have to take issue with. Both of these things fall into that category, I’m afraid.

This sense of exceptionalism is strong both among some Chinese political commentators and officials, and often among foreign observers of China. I have often found the notion of historical difference or independence useful in discussing the trouble in applying wholesale theories and models of politics and society originally built to understand Europe. But Elliott makes an important point: while there have been periods of less intense interaction with elsewhere in the world, China does not stand apart from world history.

In the passage I highlighted above, Elliott describes how historical ideas slip into political arguments, for instance that some rules may not fit China or that the Chinese government has a right to refuse compromise on a variety of points. (Here is one strong recent expression of frustration with the approach of some Chinese to the world—a valuable piece, but several steps too strong for a comment on one conference.) What Elliott drifts through there reveals the complexity of working to study and explain contemporary China whether abroad or within the region. One must work to collapse unhelpful assumptions (for instance, the idea of the self-same sovereign state) while nonetheless building bridges of comparability (trade, or power, or change in tandem with the world). In contemporary politics, one must fight the idea that the People’s Republic of China is just another country (at very least, it is unusually populous) while assessing the extent of similarities with other political systems (start perhaps by disaggregating the government, regions, or economic sectors).

In the end, I disagree with Elliott on exceptionalism, if only rhetorically. The People’s Republic and historical China are indeed exceptional, as is the United States, but so is any other country or civilization.

Recently in Beijing, Jeffrey Bader, a former top Obama official on East Asia, introduced his talk on U.S.–China relations in the Xi Jinping era and the second Obama administration: “Arguably we are the two most self absorbed—some would say selfish—countries on the planet.”[1] Perhaps the challenge for people on both sides of the Pacific is to recognize that their enormous roles in the world do not equate to a moral centrality.

*Disclosure: I took a class from Elliott during my master’s studies.
[1] From my notes at “U.S.-China Relations under Barack Obama and Xi Jinping,” Brookings-Tsinghua Center, November 29, 2012