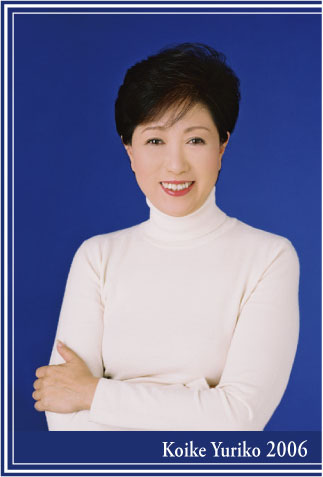 But here’s the sum of the good info: Koike graduated from Cairo University and speaks Arabic and English. She opposes starting a debate over whether to go nuclear.

So what about it: Is she Japan’s Condoleeza Rice?

No, that’s impossible. The U.S. system has a long history, and its [NSC] has been staffed by impressive figures from academia. I’d like to serve as a national-security adviser with a broad perspective. We have a lot to learn from the U.S. system.

OK. So she’s modest too.