As promised here is a video clip of experimental saxophonist Li Tieqiao (李铁桥) from his show with Xiao He (小河) at D-22 this week. Here, he plays the mouthpiece without the horn. Later, he played the horn without the mouthpiece, apparently creating sound trumpet-style directly into the neck. 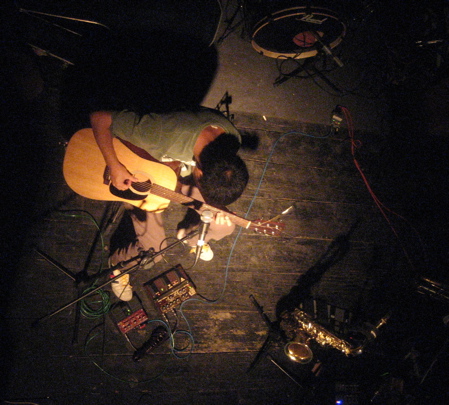