A few weeks ago, my friend Tricia Wang published an account of her fieldwork, which for about a week included living in an “inner-city” migrant enclave and working as a family (one member of which she’s known for three years) tries to open a small business: a dumpling cart at a construction site. 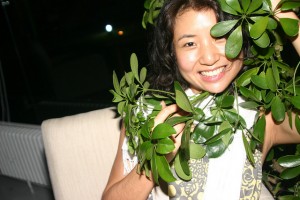 This entrepreneurship is tough, and the family’s living conditions and lack of urban citizenship status pose challenges. Tricia’s account is required reading for those interested in migrants, if only because it shows the kind of ideas, opportunities, and challenges the migrants face.

Read the piece at That’s Shanghai.

Among the several great passages is this one, describing the scarcity of water in the urban enclave:

At 8am I start washing vegetables. Anything involving water takes a long time because there is one faucet for every four homes and every five faucets are connected to one main pipe. So when any one of the 20 families uses their faucet, none of the other 19 can. Someone is always washing vegetables, dishes, hair or clothes. Each family pays RMB10 per person, per month. Peer pressure and faucet scarcity prevents anyone from using too much.

Sometimes we aren’t able to arrive at the construction site in time to sell food because we’re waiting to use the faucet. I’ve learned to stand in the water line and not move until I’ve filled the basin. Since it’s so hard to get water, most food isn’t washed well, it’s soaked. The same water is then used to soak other vegetables. Then the same water is used to scrub the pot. The same bowl is used to wash hair, clothes and Li Jie’s child.