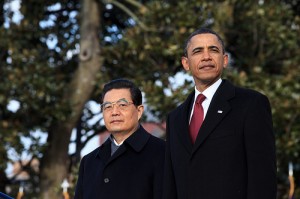 James Fallows has published the capstone to his blog’s meditation on whether U.S. President Barack Obama is a chess master or a pawn—a long-game strategist with high tolerance for disappointment along the way, or a hapless newb whose ability to inspire was never matched by political mettle.

Despite Fallows’ continued exhortations to subscribe, I encourage you not to wait and to read the article now at The Atlantic.

Among Obama’s achievements, he lists:

• putting U.S. relations with China on a better footing than in many years, a task that has to be among the very most important for any president of the early 21st century.

In particular, Fallows describes Obama’s 2009 visit to Beijing, amid a period of increased international bluster on the part of some in the Chinese government:

Yet even as Obama was politely listening to lectures about China’s new superiority, members of his administration were executing an elaborate pincer movement to reestablish American influence, real and perceived, among the growing economies of Asia. In practically every formal statement by U.S. officials, from President Obama to Secretaries Clinton, Geithner, and Gates, U.S. representatives hammered home a single message. The message was that America welcomed rather than feared China’s continued rise.

That “pincer” policy included doubling down on U.S. relations with other East Asian countries during a period when China’s diplomatic stance was less than diplomatic. It culminated, Fallows writes, in the establishment of a permanent U.S. base on Australia’s north coast.

I find this account largely convincing, but I do question the “better footing” characterization of U.S.–China relations under these conditions. If the improvement is in the U.S. influence in the region and a perceived retrenchment of Chinese regional power, I’m not sure that puts the relationship on great footing. (I don’t ascribe this tradeoff to Fallows’s account; that’s my own interpretation.)

The relationship between the two countries is complex and, in my assessment, largely stable. Tossing aside abstract international relations debates between those who believe great powers must balance one another and those who believe 21st century economic integration makes Cold War rivalry untenable, I like to argue that the United States and China are so deeply tied that an alignment of interests is inevitable.

Given that integration, a better footing for the relationship would be manifested in each population’s increased understanding of the others’ needs. This means U.S. voters learning about the needs and priorities of Chinese—and about the forbidding diversity of those priorities. And it means Chinese learning about the living standards and unwillingness to compromise among many in the United States. Both sides, in my dream land, would start building policies based on enlightened mutual interest, which by the way should not be limited to these two countries.

As Fallows tells us, a U.S. president only has so much power, and national identity is hard to shake. But what metric should we use to judge the development of one country’s relationship with another? Perhaps we need something more people-based and less focused on diplomatic victories.