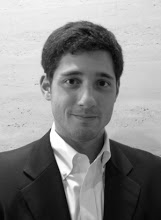 It’s been years since I completely reviewed the blogroll on Transpacifica. Today, I decided to cut it in size and cut out the fat. Before, I had almost fifty links, all of which were at one time important. But many of these sites don’t make the cut anymore, and I thought it would be more useful to pick the 25 best sites I would recommend checking for up-to-date information and smart commentary on East Asia.

Allow me to bid farewell to some of the former blogrollers.

First, there are the sites that just aren’t sites anymore: The China Beat stopped publishing; Julian Wong’s Green Leap Forward is now apparently offline (and it was long dormant); Rebecca MacKinnon’s excellent RConversation is now dormant while she writes at her book’s blog, but rarely about China. Evgeny Morozov’s Net Effect stopped updating some time ago.

Then, there are the sites that have suffered from the writers’ new projects, or that aren’t as frequently updated as others. Jeremiah Jenne’s Granite Studio gave way to his new collaborative project with others, Rectified.name. Jun Okumura’s fiery Son of a Gadfly on the Wall may be getting some love these days, but it’s long been relatively quiet.

Next, I removed links to non-transpacific-focused sites and sites that I run or work for. The exception is 八八吧 :: 88 Bar, which would deserve a place on this list even if I weren’t a new contributor there.

There are others, that need not be listed, that don’t have the same place in my reading diet they used to.

We’re left with a solid list of 25 sites, though I’m sure I’m forgetting something.

For now, a few of the new additions:

For one thing, this reader and the cast of writers have changed. When this list was last carefully checked, I was just back to the United States from Beijing, where the hurried China blogging community before the Olympics was full of different faces, many of whom have moved on to various other pursuits. And at the time, I was still writing Sinobyte for CNET, which led me to follow too many tech blogs. Now, I watch U.S.–China relations and technology and politics trends, and this means a greater attention to international relations, military affairs, economics, and elite politics. Finally, I read far less about Japan than when this all began in 2006.

Substantively, though, I think the blogosphere on East Asia has shifted from a public square of mostly male soapboxers to a series of more diverse groups collaborating either informally or through an institution. I think this is great, because (Bill Bishop’s Sinocism notwithstanding) it’s usually better to think, produce, and read in groups than all alone. This also opens bigger online platforms—like Tea Leaf Nation, ChinaFile, and even the WSJ Real Time blogs—to people who don’t have the sickness required to blog constantly.

This blog used to have a lot more readers during the period that I had the blogging bug. Perhaps some will come back through collaborative work here or on various platforms, but for now, click those links at the right.

It had been on my mind since Tobias at Observing Japan noted Japan’s erstwhile distinction as the holder of the most U.S. Treasury bills. He was discussing Niall Ferguson’s column, named with the “unfortunate word” Chimerica, and noted: “Ferguson does not mention that Japan holds more US treasuries than China, meaning that surely US-Japan bilateral negotiations are no less necessary thank US-China negotiations.” (He noticed the news, and updated the post.)

China’s now the leader, but at least if we judge by dollar holdings, Japan still deserves attention.

China is working on the world’s first anti-ship ballistic missile, according to some defense analysts. Tobias Harris writes that the ASBM may be based on an existing missile that has a range of 1,800 km, and he notes that such a missile would threaten U.S. ships based in Japan.

While it may be hard to target a ship at sea, he writes, minimal effort would be needed to learn of a ship’s landing at U.S. bases in Japan. Tobias writes:

The question I have is whether the Chinese ASBM will render US naval forward deployments in Japan obsolete, in that homeporting an aircraft carrier in Yokosuka may leave it vulnerable to a crippling first strike before even leaving port. Are anti-ballistic missile deployments in Japan — both by the US military and the Japanese Self-Defense Forces — reliable enough to protect US forces while in Japanese ports?

If not, hadn’t the US and Japan be having a serious discussion about the impact of China’s ASBMs on the future of US forward deployments in Japan, and with them, the future of the US-Japan alliance? Should the US consider relocating more assets from Japan to Guam to put them out of the range of ASBMs?

Of course, many in Japan are not enthusiastic about the U.S. military’s continued presence. Both advocates of Japanese military independence (not likely any time soon) and those opposed to U.S. military actions have spoken up. If this strategic environment were realigned by a new type of missile, perhaps they would be happier.

My question, however, is What are the implications for the U.S. if basing in Japan were reduced and ships in the western Pacific had to launch from bases like Guam and Hawaii? Would this strain the situation with Taiwan? Would it make it more difficult for U.S. ships to be in the neighborhood for humanitarian aid during catastrophes like the 2004 Tsunami?

As Tobias notes, U.S. ships can increase their readiness for this type of attack, but resources would be diverted from other functions.