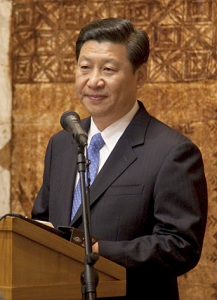 The Olympics are a major international political event, and they’ve been part of activists’ rhetoric on Darfur and now Burma. But making threats about the Olympics is no way to make China cooperate.

The phrase “Genocide Olympics” has been a recurring theme in rhetoric from U.S. and European activists who seek to pressure the Chinese government into making stronger efforts to stop the genocide and refugee crisis in Darfur, Sudan. China’s leverage is considerable, since the country is a major remaining customer for Sudan’s oil, a revenue stream that funds the government, which is active in the conflict.

Activists correctly perceive that the Chinese government, and the people of Beijing, the Olympics are an important occurrence. The one-year countdown event was attended by tens of thousands. Using the Games as a rhetorical refrain, activists who seek to connect Beijing to the Darfur crisis may be using a reasonable publicity lever: If Chinese authorities can do something to prevent negative publicity connected to the country’s Olympics, they very may well try. But I’m beginning to tire of this rhetoric.

I have not spent much time researching the facts of China’s involvement, so I will steer clear of diagnosing how much leverage they have. But I can say that the rhetoric of, for instance, a recent Salon article would have been stronger if it left out the Olympics. For one thing, the writer, Jill Savitt, notices the changes that happened in China’s Sudan position last spring. She connects these changes to a round of publicity sparked my Mia Farrow and some other activists. This assertion suffers from a common narrow-sightedness: the “Genocide Olympics” rhetoric had been around since at least the December before that, and talks of a boycott were already underway in Europe before that. (I’ll get to boycotts in a moment.)

Savitt’s article does have a well-argued passage, once you sift through the tired Olympic rhetoric. Among her good points: “China could put a moratorium on oil ventures with Khartoum. Beijing contends that its purchase of oil from the regime in Khartoum—more than $1 billion each year—and its massive investment in infrastructure should be viewed as entirely separate from the violence and murder in Darfur. But it is oil revenues from China that continue to fuel the Sudanese regime’s buying of planes and bombs, and its backing of hired killers, the Janjaweed.” The idea that Chinese oil purchases and infrastructure assistance in Sudan don’t help free up resources for the Sudanese government to engage in violence is hard to believe.

Let me put it this way: Invoking the Olympics doesn’t help the argument anymore. If these activists believe that China’s changes in its U.N. stance toward Sudan have been pure public relations, why would invoking the same rhetoric that only got a superficial response before make real change now?

Another crisis, the one in Burma, recently drew the same sort of useless rhetoric from the editor of the Washington Post editorial page. Without using the b-word, Fred Hiatt calls for the United States to threaten a boycott of the Beijing Olympics if China doesn’t intervene in Burma. Here I turn to James Fallows, who wrote a counter-argument for the Post and introduced it on his blog. Here’s an excerpt:

If a country makes a threat, it must be ready to carry it out. The plain fact is, virtually no country in the world, certainly not the United States, is ready to carry out the threat to boycott the Olympics. Therefore other countries should pressure China. And talk with China. And leave in the background the suggestion that China’s grand and gala opening-to-the-world event, toward which so much of its money and attention is now being devoted, will be forever tainted if the Chinese government continues to look like the evil Burmese junta’s only foreign friend. But it would be foolish to waste time with ultimatums to the effect: Olympics or Burma, take your pick. The Chinese would know that the foreigners didn’t mean it.Why would they know that? Because the foreign governments understand a point that some foreign editorialists miss: that China as a whole—not just its government but also the great majority of its people—would take such a boycott as a deeply hostile act.

I hope people advocating international pressure and intervention in the face of genocide and mass atrocities can get over the cheap shots and start working with China in a way that is not, as Fallows says, deeply hostile to China’s national pride. As Fallows writes, “You show me someone who has studied Chinese politics and thinks the leadership responds well to outright ‘or else!’ threats, and I’ll show you, umm, an unusual scholar or diplomat.”